Just like in the newer versions of the Pokemon cartridge games, you’ll get to pick a partner Pokémon to play with you.
Pokemon Explorer website

Here’s a spanking new game to pique your fancy – Pokémon Explorer, another themed app that promises to let aspiring trainers play with pocket monsters in the real world.

The Singapore-exclusive game, developed by Jewel Changi Airport and The Pokémon Company, was launched on Wednesday (July 10), Jewel said in a statement.

Here’s what we know about the game:

#1. You can only play Pokémon Explorer inside Jewel itself

According to Jewel, players must be located within the mall’s premises to play the game, which is available from 10am to 12am daily.

In order to play the game, you’ll have to turn on your phone’s Bluetooth, and allow the app to access the camera and microphone.

According to the Pokemon Explorer website, the game might drain your phone battery substantially if you play for a long time – so bring a power bank along, or rent one (for free) for 12 hours from the concierge counter at Level 2.

#2: You’ll get to pick a partner Pokemon to play with you

At the beginning of the game, players will get to pick one of 25 partner Pokémon that will help play the game alongside them. This Pokemon cannot be changed once the game starts.

The partner Pokémon will be displayed alongside the player’s chosen name. Jewel said it will not allow players to choose names of villains, like Team Rocket.

In total, the Pokemon Explorer app offers 10 missions in the form of mini-games, some of which involve players using their mouths, voices or movements to play.

The games will automatically activate once the player is close enough to the play zones.

However, some of these games are located within Jewel’s Canopy Park, which costs S$4.50 for local residents to enter (and S$5 for tourists).

Some of the games are:

The games also have two levels of difficulty – the first time you play them, they’ll be on basic mode, and the second time onwards, they’ll be on an advanced mode.

#4: You’ll get a prize if you complete a mission – and high-scorers get to be in a Hall of Fame

We don’t know what the prize is, but players at Sentosa’s Pokemon Carnival in June walked away with free plush toys.
Business Insider/Rachel Chia

The names of high-scorers will be displayed in a “Hall of Fame” located in Pokemon Center Singapore, Jewel said. In order to save their scores, players must log in to their Changi Rewards account.

Players who complete any of the 10 missions can also redeem a prize at the Pokémon Center, but Jewel did not specify what this prize will be.

#5: Don’t worry if you’re stuck on the loading screen – there’s actually an Easter egg hidden there 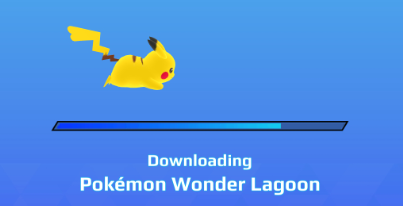 Players who are stuck on a game loading screen should quit the game and try again, the site said. As for those who are content to wait a bit, here’s our hint: tap on Pikachu and watch him move!